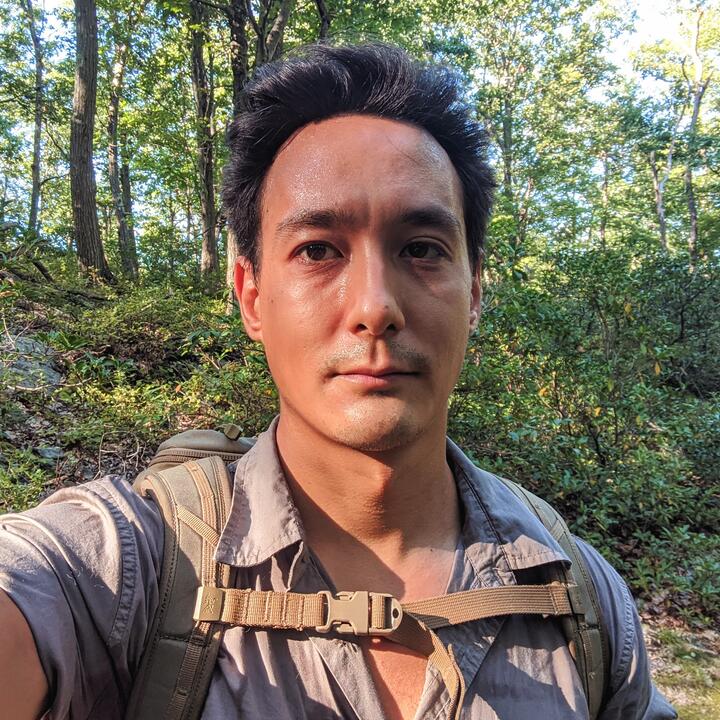 "Seven days ago, I said I was going to leave you. It is customary to write a farewell poem, but I am neither poet nor calligrapher. One of you please inscribe my last words."

His disciples thought he was joking, but one started to write. Hoshin dictated:

I came from brilliancy
and return to brilliancy.
What is this?

The poem was one line short of the customary four, so the disciple said, "Master, we are short by one line."

Hoshin, with the roar of a conquering lion, shouted Kaa! and was gone.

I was born in Naples, Italy, my mother's birthplace. My father is from Shanghai, China. In the mid-1990's we moved to Roosevelt Island, in New York City. I attended the United Nations International School, La Scuola d'Italia Guglielmo Marconi, and the Horace Mann School. I went to Wesleyan University for college, where I majored in Philosophy and Italian Studies. After Wesleyan I enlisted in the Marine Corps Reserve, where I served for four years as an Infantry Assault Marine. I studied law at Saint John's University, and was admitted to the New York Bar in 2015. My background is primarily in environmental law and policy. After working in that field for a few years, I switched tracks again; these days I am employed as a software engineer.

I love nature, time with family, and learning, thinking and living mindfully. I am happiest when I am outdoors, pondering existence, reading books, or being physically active in some way. I don't need much, beyond the basics, to make me happy, and I know I have much to be grateful for. Most of my frustration stems from the excesses of modernity, the spiritual sickness that seems to pervade my species, injustice, and shortsightedness. I worry more about trends than incidences, and care more for the mean than the outliers.

I believe that life is worth living, that the world is worth fighting for, in human potential, and in the search for knowledge and enlightenment. Since I know I will only be on Earth for so long, at least in this form, these are the causes I hope to advance in my allotted time.